From Cebu City to Bantayan Island: The Definitive Trek Guide

Off the northwestern coast of the province of Cebu lies Bantayan Island. Known for its spectacular vistas and calming atmosphere, this fair island is Cebu’s answer to Aklan’s Boracay.

Aside from its famed beaches and mangrove-adorned landscape, this island is also a favorite of tourists for its magnificent subterranean and underwater attractions. Unlike Boracay and other famous beaches in the country, Bantayan isn’t constantly full to the brim of tourists both local and foreign, which is definitely a plus as like if you are looking on how to go to Bohol from Cebu city it is just a boat away.

The western chunk of the island is the Bantayan municipality, the spot that tourists frequent the most due to its ancient heritage sites, including the oldest Parish Church in the Visayas and its picturesque sunset.

To the north lies Madridejos, where most of the island’s fishing revenue comes from. The eastern side of the island is occupied by the Santa Fe municipality, which has the eastern counterpart of Bantayan’s fine white beaches and is known for its brilliant sunrise.

Unfortunately for frequent flyers, you can’t just board an airplane and set off to this gem of an island.   No commercial flights have flown directly to the island since 2011, despite the island having its own airfield.

That means that the Mactan Cebu International Airport is the closest anyone can get to those incredible white-sand beaches by plane. To get from Cebu City to Bantayan Island, you’d have to travel by road to Hagnaya Port, then by ferry. You can also leg it if you’re feeling athletic, assuming you can swim right across the Cebu Strait.

For those of you who are traveling to Bantayan for the first time, just follow this guide to find out how to go to Bantayan Island from Cebu.

From Manila to Cebu City

If you’re not in Cebu City yet, you’d have to catch a ride to the city to get to Bantayan. The Queen City of the South doesn’t suffer any shortages when it comes to means of travel to and from Bantayan.

Direct flights to Cebu can be availed of in Manila, Davao, Puerto Princesa, Legaspi, and just about any other major airport in the nation. Philippine Airlines and Cebu Pacific Air provides the best deals for round-trip flights from Manila to Cebu, with Cebu Pacific being the more economical of the two. Cebu Pacific flights can cost as low as PHP 2,800.

One can reach Cebu City by sea as well as passenger ferries such as 2Go Travel, OceanJet, SuperCat, and the like. Coming from Manila, travelers must take a bus to Batangas and go via RORO along the Philippine Nautical Highway to Cebu City. Passengers must board 4 hours in advance, and the entire trip takes around 24 hours. 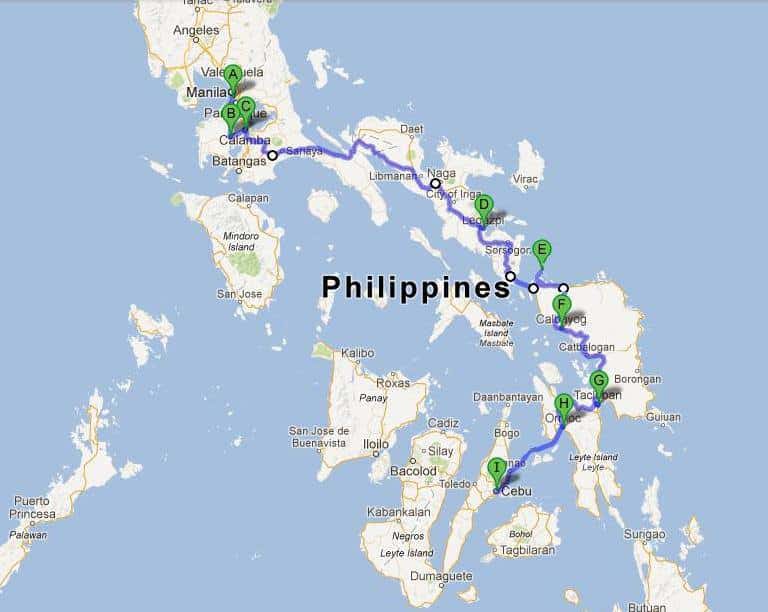 From Cebu City to Hagnaya Port

Getting to Hagnaya Port from Cebu City is easy enough. Travelers need only go to Cebu’s North Terminal and catch a bus bound for the town of San Remigio. The fare is PHP 165 for the air-conditioned bus and PHP 140 for the ordinary bus.

Passengers can begin to embark as early as 4 a.m., and the last bus leaves the terminal at 5 p.m. daily. The ride to San Remigio can take up to four hours in intermediately dense traffic.

Once in San Remigio, travel to the north end of the town, and you’ll arrive at Hagnaya Port. Once there, board a public ferry to Santa Fe. The earliest ferry departs at 3 a.m. every day, so be sure to get up early if you want to catch the Sta. Fe sunrise right after landing in the port.

The last ferry leaves at 5 p.m., and the trip usually takes an hour. The fare for the trip to Bantayan costs PHP 170 for adults and PHP 85 for kids for both the Island Shipping and Super Shuttle lines. 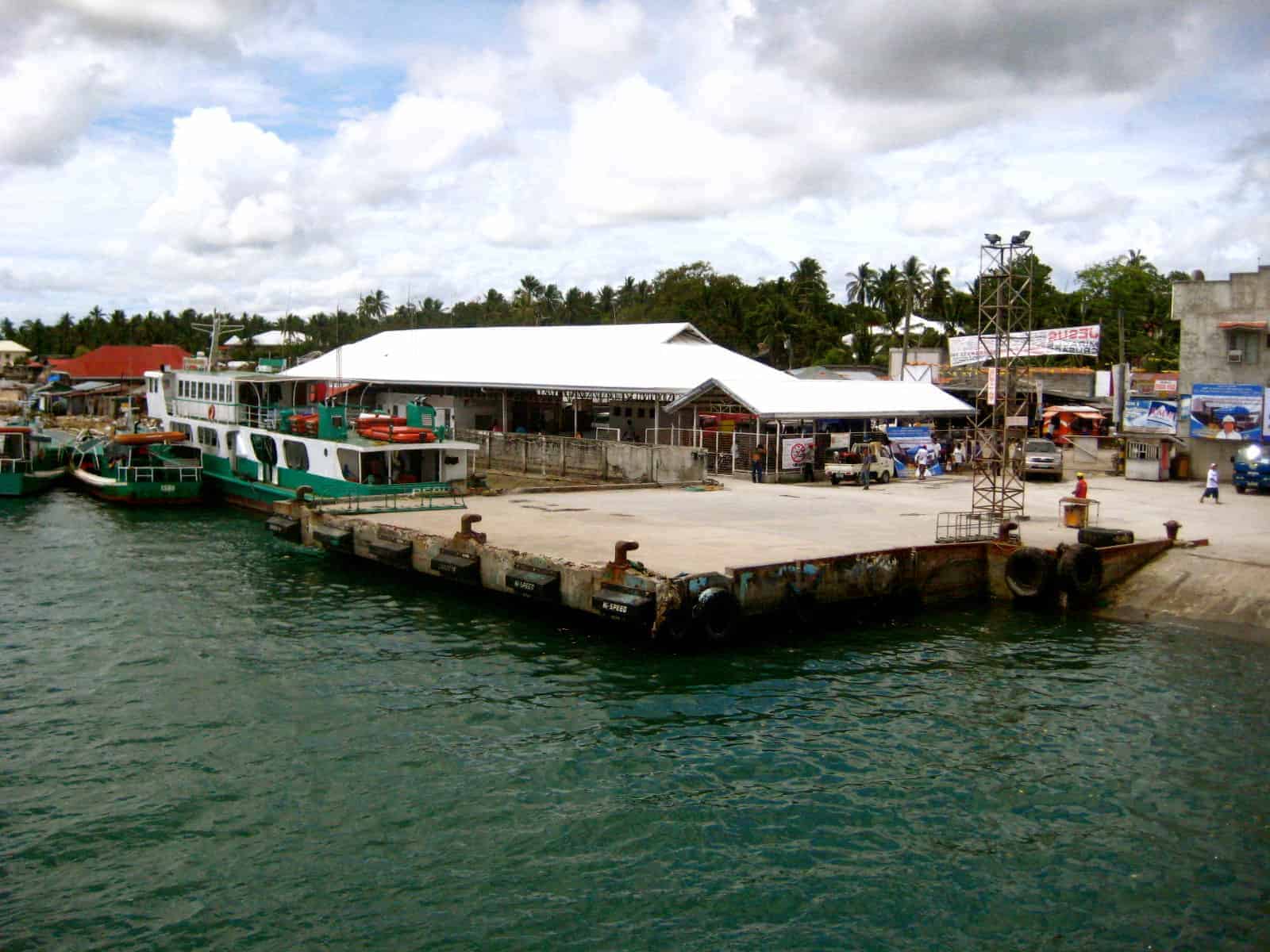 Getting Around Bantayan Island

There are no taxis in Bantayan Island, so visitors have to rely on tricycles for getting around. The minimum fare for tricycles is P10.

There are also jeepneys going to Bantayan from Santa Fe, but they aren’t very plentiful and may all end up full during a busy day. For those so inclined, bicycles can also be rented from establishments in Sta. Fe as a more fuss-free (albeit physically taxing!) way to get around the island. 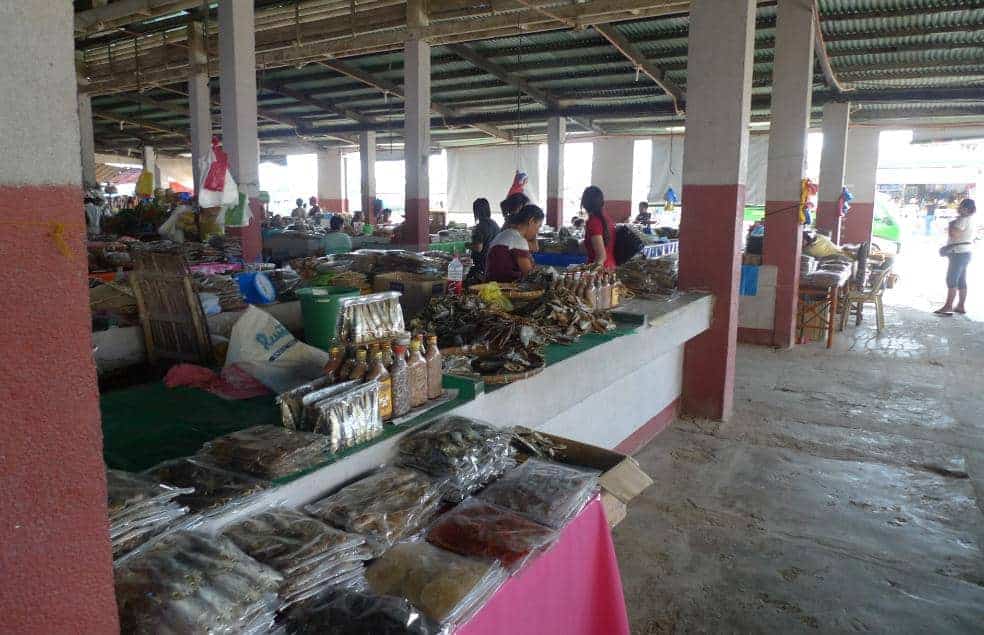 Interesting Things to Do in Bantayan Island

Of course, there are the standard vacation activities of swimming in the sea, enjoying the beach and such, but Bantayan has much more to offer than beach resort fare. Those more in touch with their aquatic side can go scuba diving or free-diving off the parts of the coast where there might be something interesting sunken in the depths.

For those with cash to burn, they also offer Aerial Tours that give you a spectacular birds’-eye view of the entire island group. Either that or you can sky-dive.

The ancient heritage houses of Bantayan municipality, spelunking in Ogtong Cave, strolling along the Baywalk, and visiting the fishing village of Madridejos to the north are also activities frequented by tourists. Kota Park is free to enter for tourists, and many say that the ruined fortifications are best viewed when the sun is setting. However, a lot of other tourists on online review sites say that the place has been quite dilapidated as of late.

Biking around the island to see all of the attractions is a great way to approach the island in a more up close and personal way. It is a favorite amongst the more athletically-inclined tourists.

There are also boats that can carry you to Malapascua Island, Virgin Island, and Cabulauan island, smaller islands off the coast of Bantayan which many tourists visit for that compact “island resort” type of feel. Every beach accommodates kayakers, jet skiers, and surfers too.

Now that you know how to get to Bantayan Island, you’re all set to go! The best months to visit Bantayan are from January to May, just before the rainy season begins. That way there’s a smaller chance of you coming all the way over there just to be greeted by bleak weather.

Credit cards are only accepted in major establishments, but there are banks and ATMs in Bantayan’s town center. Try not to get ripped off by any crafty locals, and have fun. Malapascua Island: The Perfect Place for Those Who Love the Sea 54 Tips from Experienced Sinulog Enthusiast – A 2019’s Must Know